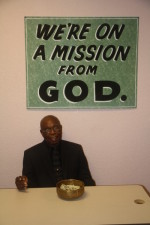 Need we say more! Brother Tom, Chaplain at The Fort Worth Hope Center, is always quick to offer a kind word and gentle smile as well as bless those who give to the work of the Lord.

The Jennings House was purchased by Dallas and Ginny Lynch for the Ministry to use on December 24th, 2009. On January 10th of 2010 we consolidated two homes under one roof after going through and repairing, repainting, reflooring and refreshing both sides. We also had to replace both heat pumps which had been stolen. Many helped with donations of their time, resources and finances resulting in a beautiful residential reentry facility for many to come home to. 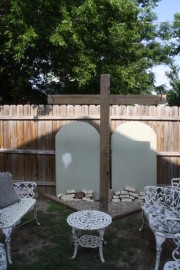 The back yard is small but we found room to erect a cross (complete with spikes) and created a place to visit with others or the Lord. Each of the stones behind the cross were laid there by former residents needing to put their past behind them and burdens at His feet. 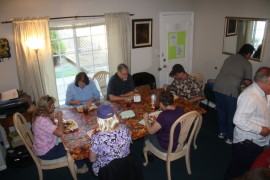 Food and Fellowship! Two things we LOVE at NNM!  Come join us in celebrating graduations, new arrivals, birthdays or holidays, it's always fun! We meet the first Sunday every month, Y'all come! 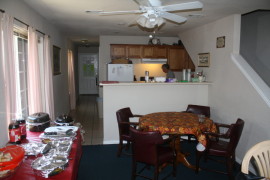 Breaking bread together is significant to developing relationships and glorifying the Lords provision. We tell the men that when you become born again you inherit a new family by a bond of blood stronger than all earthly ties. When they walk through through the door for the first time we tell each man "Welcome HOME and welcome to the ministry!" 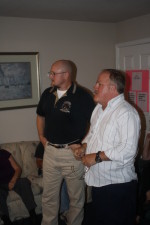 At one time we had four men named David in the ministry at the same time! Since we don't use last names to address each other like they do in prison, they all used their initials. Here you see DC on the left being inducted as the new On Site Manager(OSM) by former OSM DW, also known as PJ Junior (Pastor Jon). 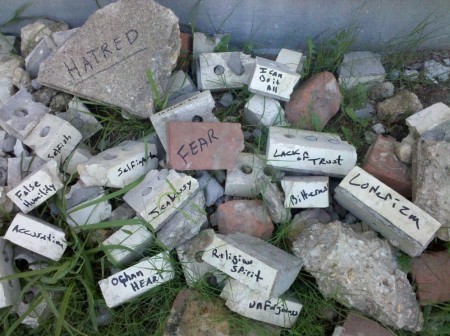 Our new expansion into Boyd, Tx! What a wonderful adventure! God has truly blessed us.

Our first Open House! We are blessed to have as many friends as we do. thank you all who support what God is doing through us.